Long-serving AP Tool-Maker Darren Culme has successfully competed in the World Pilot Gig Championships held every year in the Isles of Scilly over the Early May Bank Holiday weekend.

Darren has been rowing, coaching and coxing for many years for the nearby coastal port of Porthleven with the Porthleven Gig Club and now represents the village in the Veteran Mens’ crew.

After trials this year, he was selected to compete in an unprecedented 6 races over the 3 day World Championships. That's a lot of competitive rowing for an old bloke!

The Pilot Gig Championships have been running for over 30 years and every year it goes from strength to strength with more and more competitors worldwide making the journey to the Scillies. The 2019 Championship saw the biggest ever number of boats take part with 168 Pilot Gigs on the start-line. That is, 168 Mens' crews and 168 Womens' crews - 336 teams in total.

Porthleven did brilliantly again this year in both the Mens' and Womens' categories.

Darren’s Vets' crew rowing in Pilot Gig Energetic came an impressive 4th out of 12 in their Group and a superb 11th out of 40 overall in the Mens Vets' competition.

Congratulations to Darren and all at the Porthleven Pilot Gig Club. 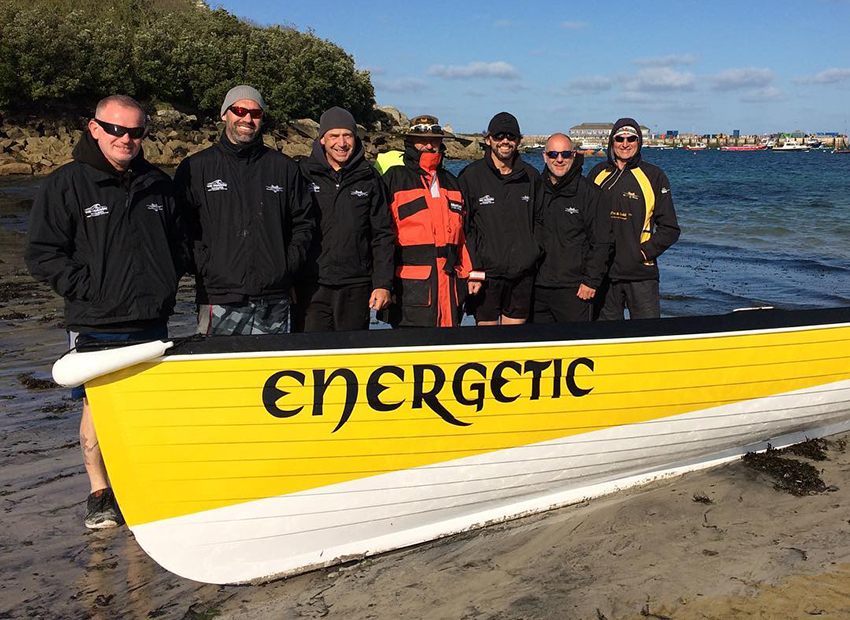 Darren (3rd from the left) and crew 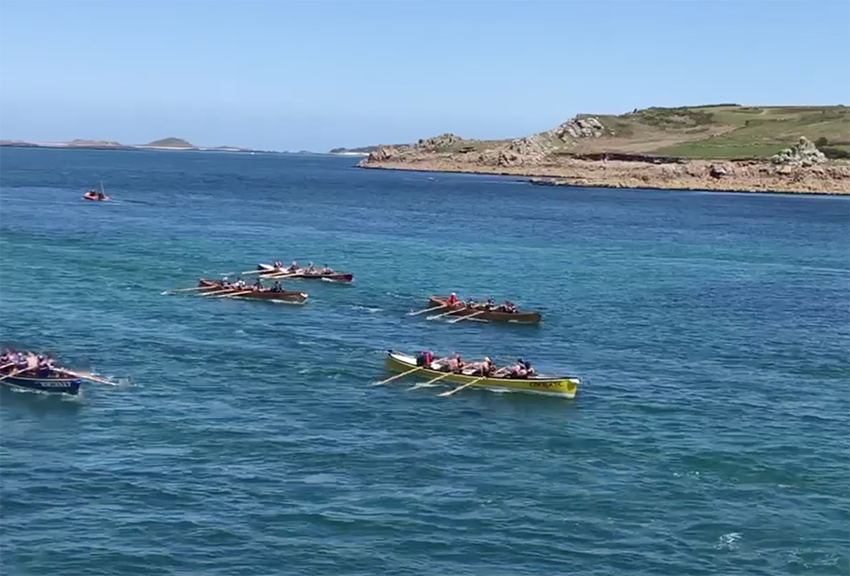 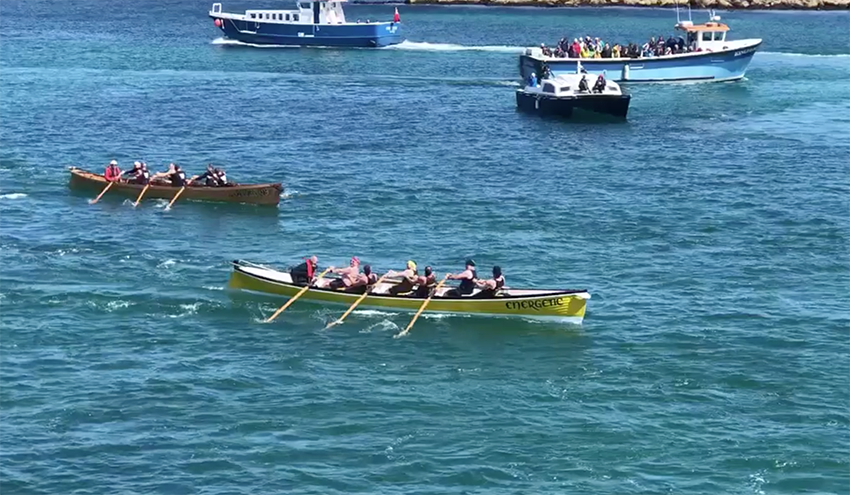 Going for the line... (Darren is second oar from the cox) 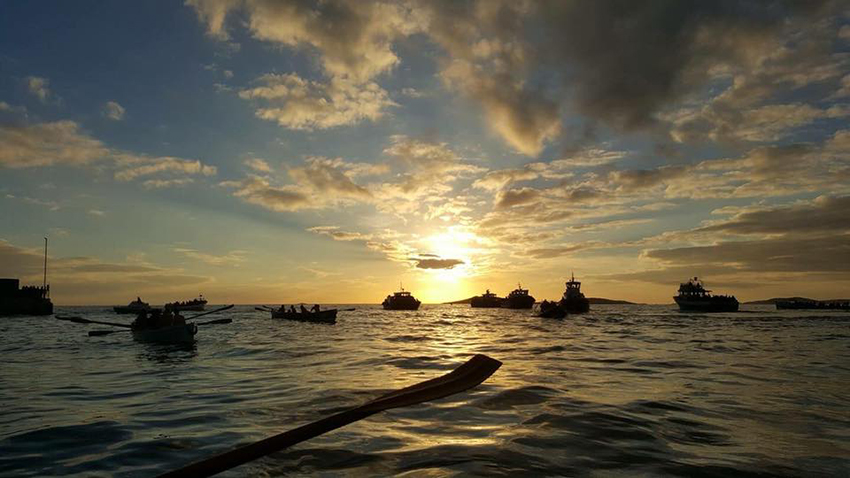 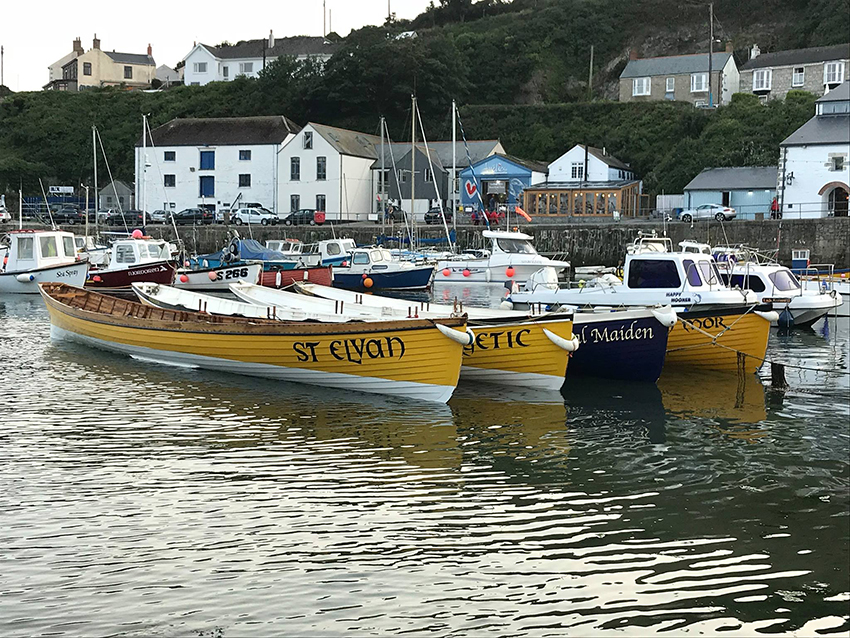 BACK TO THE AP 50TH CHALLENGES PAGE
↑